Further disappointment in Hell for RamonaRX 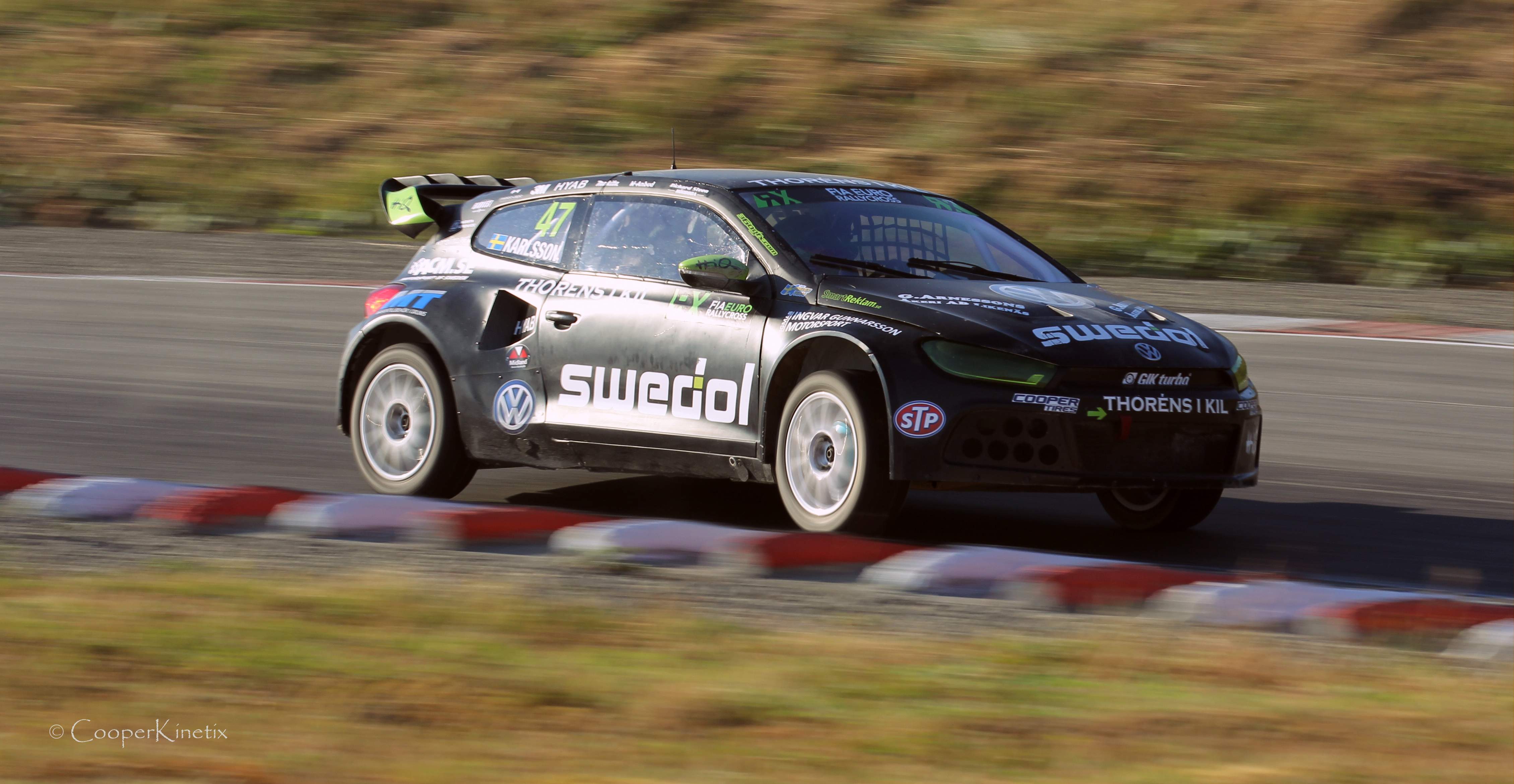 After a great start here in Hell, Norway, in the warm up session, RamonaRX has had to retire just short of completing her four heats of the competition due to engine failure.

RamonaRX experienced a tough day one with a couple of faults causing some slower lap times than in the warm up. Nevertheless they stood in 14th place on the leader board for EuroRX class at the end of the day. During the evening the mechanics worked to revert the settings to what they were during the fast warm up lap times, where Ramona delivered the second fastest lap time in the EuroRX class.

The focus today was to steadily build their way up the leader board to above 12th place and secure a position in the Semi Finals. Regrettably another grueling day would ensue for RamonaRX. In both heats Ramona had rapid starts making early headway however in Heat 3 her race came to an end with a broken steering arm following some jostling on a corner with two other competitors. In Heat 4 Ramona had a 360 spin on the high speed straight but expertly managed to exit in the right direction before the first corner, somehow only losing minimal time. She successfully started to close the gap between the other competitors but before she could regain it, by the third lap, wisps of smoke could be seen coming from the rear of the car and Ramona was advised to stop by her team. RamonaRX’s Semi-finals bid would end once again with engine failure.

It is no secret that Rallycross in general comes with its mishaps, misfortune, highs and lows but RamonaRX has had quite a trying time recently. Remarkably Ramona is defiant with her positivity. “We did not have a good competition this time around. I really wish we were not in this situation right now but this is how it goes sometimes, you have to roll with the punches, fight, recover and return. When we are able to have a good run and everything works, like in the warm up, we have shown we are very competitive and have great pace.” She explains.
Determination is RamonaRX’s axiom.

The next competition will be in Spain in Barcelona, a debut track for the FIA World RallyCross Series.